As the main UX designer working alongside the Product Owner for lending products I have been the main point of call for all things lendings from viewing accounts, transacting and most recently applications. My task was to redesign the user lending application experience across Lending products including Personal Loans, Credit cards and Home Loans.

This team works in an agile format using an iterative epic and story structure. The scope for this project is very lean, meaning an MVP approach is key to complete milestones on time. This meant that as a designer, I had to capture the important steps required for the application process, the data we must collect whilst upholding the aim to achieve an improved user experience aligning to the new design patterns.

Getting started with BAU and company research

As a first step into the project and a BAU MVP approach, it was important to me as a designer to understand the current processes across lending products for new and existing customers and understand the preset customer journey. I solely conducted a BAU analysis which included creating a test account and going through the journey myself. As I made my way through the journey I mapped out each step, the content, and the data captured throughout each form. This approach helped to understand the process from start to finish and identify first glance challenges and opportunities. The analysis also assisted with presenting the similarities and differences between the lending products. Once complete, key outtakes were noted and shared with the Product Owner, relevant SME’s and BA’s. 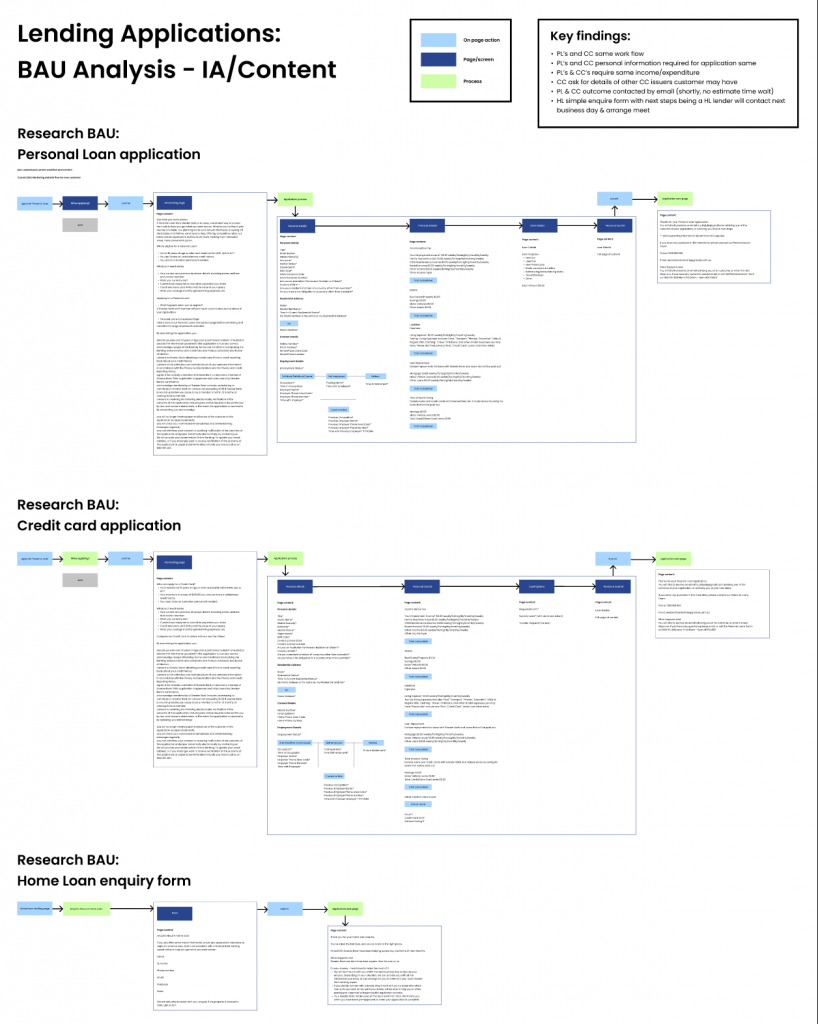 As the Digital Transformation department had previously conducted research exercises into personal loan applications to discover end-state desirable design concepts and ideas, this gave me a headstart into the pain points and jobs to be done by the user to make the application process and smooth sailing and get the user over the line. To do this, mini-workshops were set up to outline the previous research outcomes and understand how they can be used within the next iteration of designs for this area of work. The assumptions were utilized to generate concepts.

Alongside the analysis of previous user research conducted, market research was conducted to understand current trends in the lending space. The findings presented the requirement to allow access to lending calculators, be clear about interest and competitive rates, and offer an array of products so a consumer can select a product that is right for them. Most providers stress the requirement to abide by responsible lending and do this by guiding users through initial financial assessment and serviceability determinations.

At this stage, the next appropriate process to execute was a Blue Printing exercise, which maps out the user flow from the start of an application to the end. This process was conducted to align the appropriate stakeholder’s understanding of the process and identify areas of the flow where improvements could be made. The main areas of improvement included bringing the selection of product, the reason for loan, and loan amount to the beginning of the process. 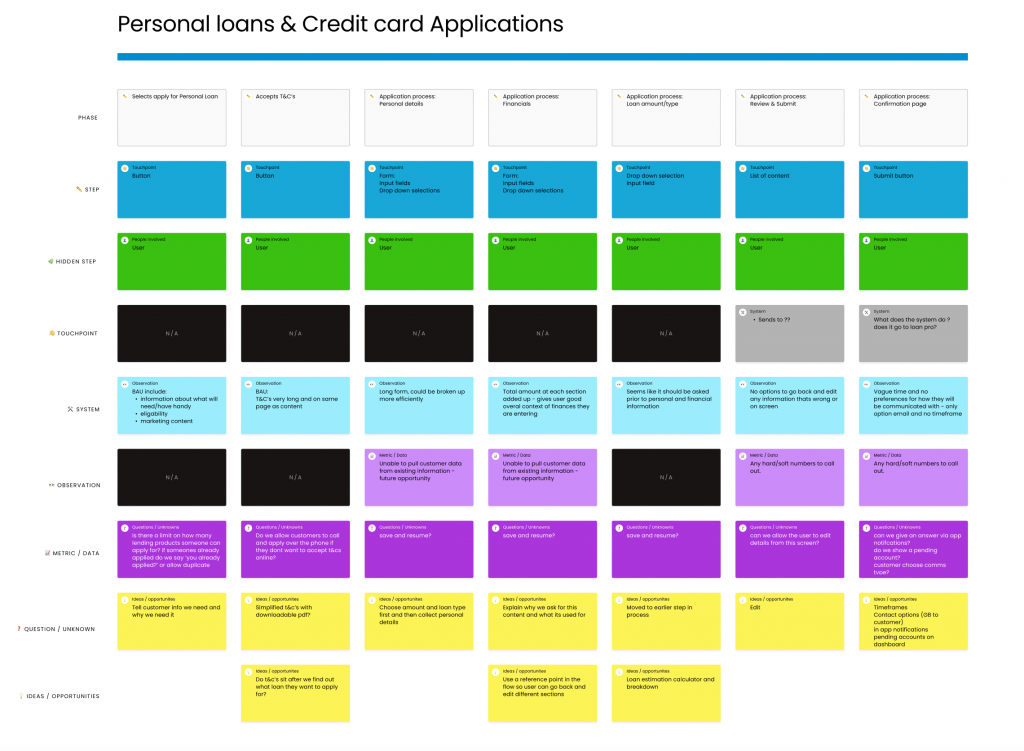 Ideating ideas into low fidelity wireframes for the first iteration of build.

To get started, basic wireframes were mocked up to understand the amount of screens required and begin to visualise what possible new features and user flow would be possible as part of this epic. Due to the nature of creating an MVP product, using past research and blueprinting activities the ideation of ideas were used to create concepts for the first iteration of the build.

High fidelity concepts for the first iteration of build.

High fidelity screens were then mocked up using the Greater Bank design system. This includes font styles, colours, components and working closely with developers to create new components required for the designs. 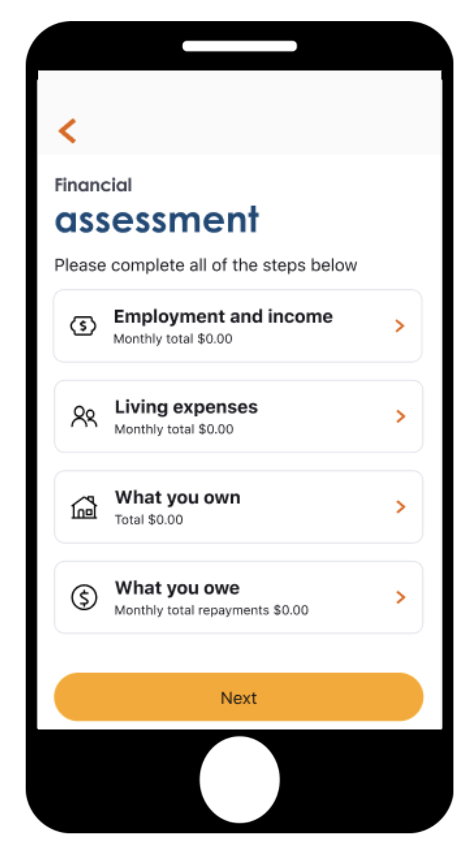 A financial hub was designed to break down each part of the process and identify monthly totals/totals for each part of the flow. This hub allows the user to ‘choose their own adventure’ meaning there is no first or last step and the user can complete as they please. Every time a user completes a flow, the icon on that particular flow indicates that the step has been completed with a green tick. 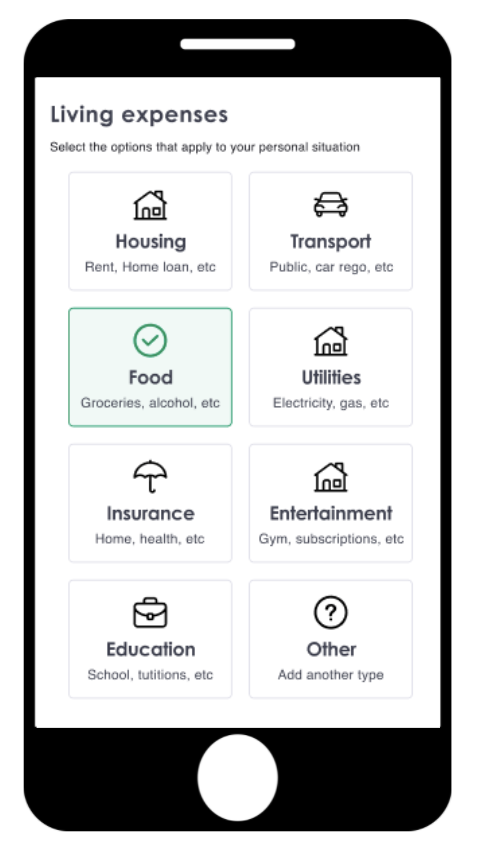 Past research presented the requirement to help users make their way through the financial assessment. At present, the application includes long forms with inputs that may not be relevant to the user. The concept of introducing a selection board to help filter out steps in the flow could help assist the user by presenting a form with inputs relevant to their personal situation. 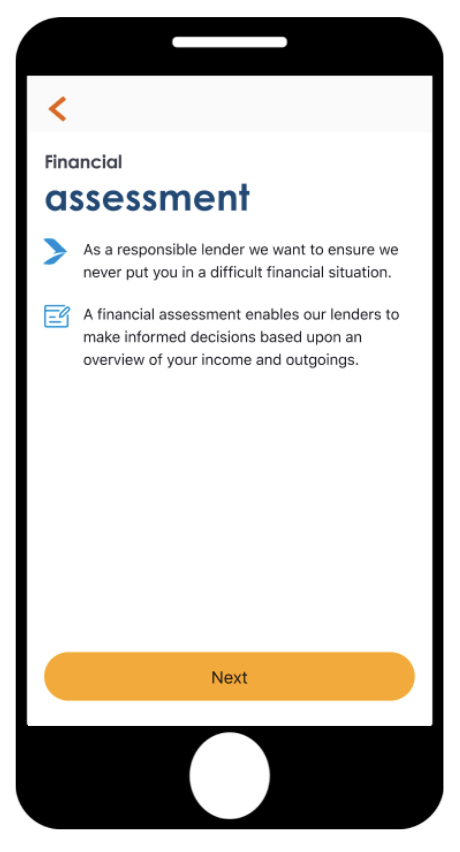 Customers want to know why we ask for data, what its used for and be prepared when going through an application process. Introducing ‘intro’ screens allows the customer to have an overview of what’s to come and understand why they need to complete it. 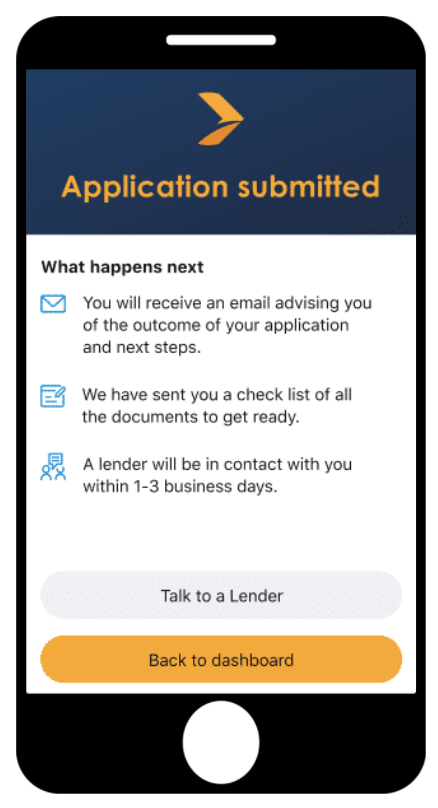 A desirable functionality to introduce to the lending application flow includes the ability to save an application that is partially completed and resume once ready. This functionality had not been explored within other areas of the new redesign of the banking app, therefore a light touch approach was decided upon.

New concepts and flows: Save and resume 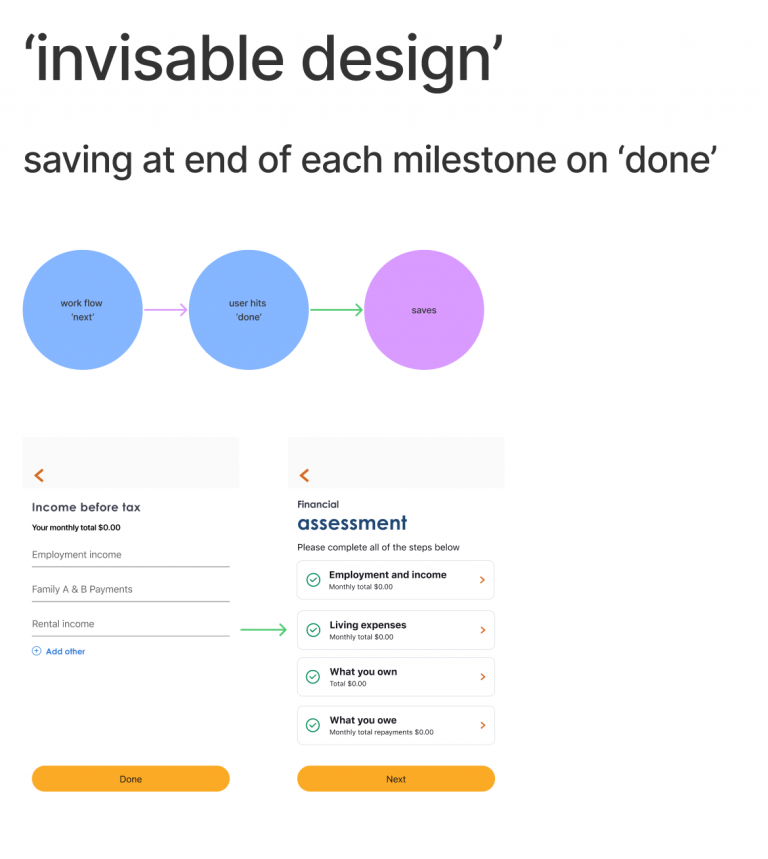 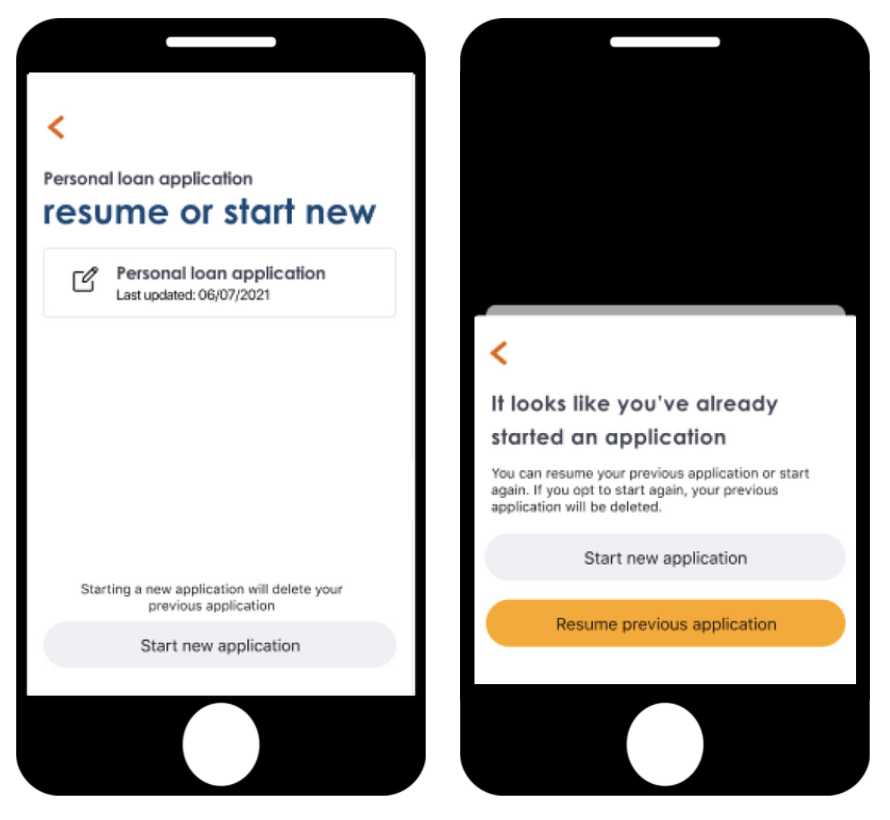 Break down of the first iteration deadlines, timelines and team work

A full design of the application process for personal loans was created to understand the amount of screens and to measure the overall effort for development teams to build the entire flow. The development team had already started building the first milestone screens, however due to deadlines it became imperative for the team to work together to iterate on the initial concept in order to finalise in time.

For the first iteration, I worked very closely with the Product Owner and Lead Developer to establish a first iteration of the epic and broke down the screens and features into MVP state with the new and improved customer journey and save and resume functionality. Once the designs had been simplified and broken down into less screens, I worked with the development team to visually map out the each story including the ‘happy state’ flow, alongside loading and error states organised into a consumable format for the developers to work from.

I ran a workshop with the research team to get them up to speed with what the team have been working on, where we are at and the main questions highlighted by various stakeholders during design reviews. This helped to set the scene and strive as a team to create research objectives lined up for the next round of scheduled research. The questions included: 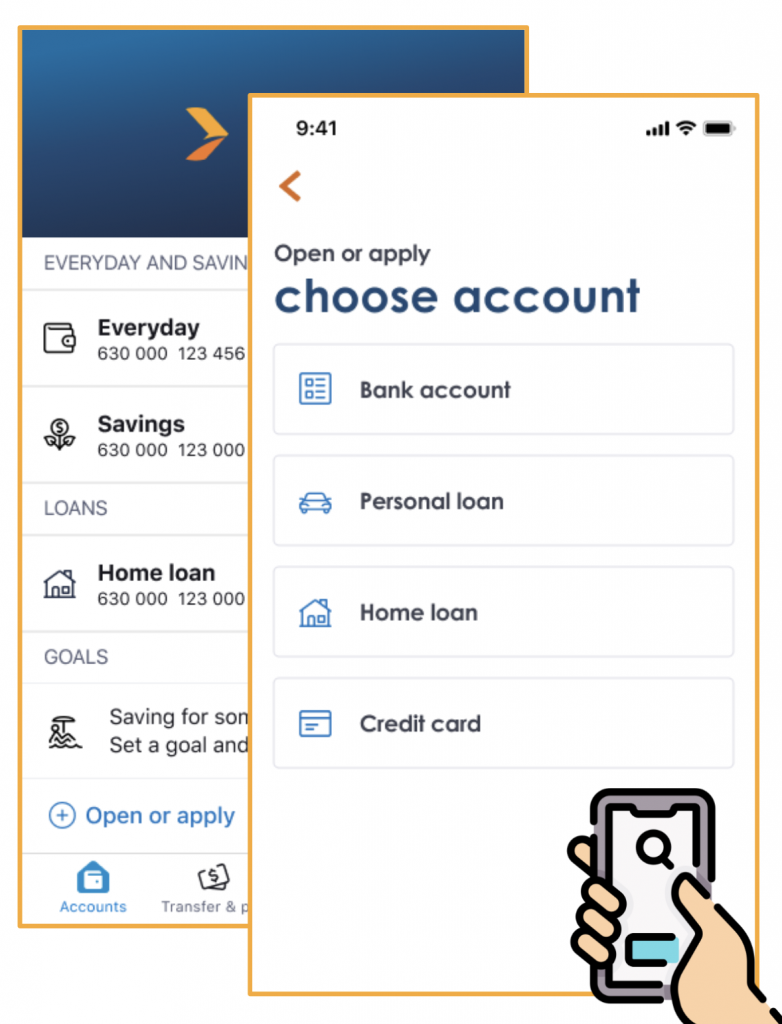 – The lending inquiry experience was considered quite easy and straightforward overall, matching or beating participant expectations.
– The in-app calculator and financial assessment hub had the most positive feedback.
– Progress indicators and hints on each screen how to complete actions assisted the users successfully.
– Filling details for a financial assessment can be intimidating for many users, so any features to guide them without over-simplifying (pre-filling details wherever possible, options to break down expenses further when required, easily calculate salary for time periods, etc) should create a better experience.
– Save and resume functionality will be a basic requirement, as many users may be unable to complete a full application in a single session.
“It had everything that I guess I need to put in to make sure I can get this loan. There weren’t any curveball questions or anything I didn’t anticipate or understand. Very straightforward. I couldn’t think of anything else to change or add to it or remove from it.” – participant
View full prototype here (Example screens below:) 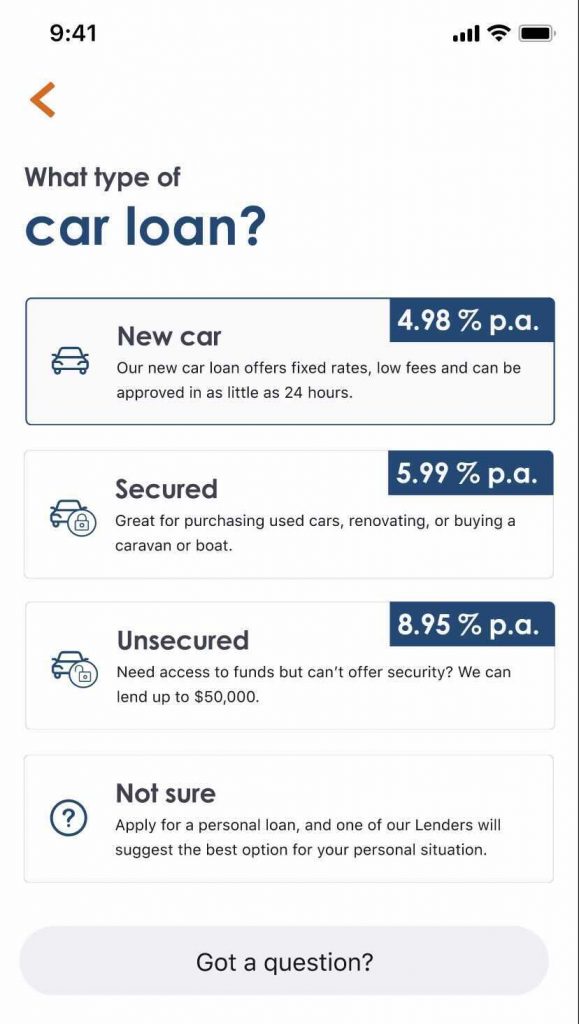 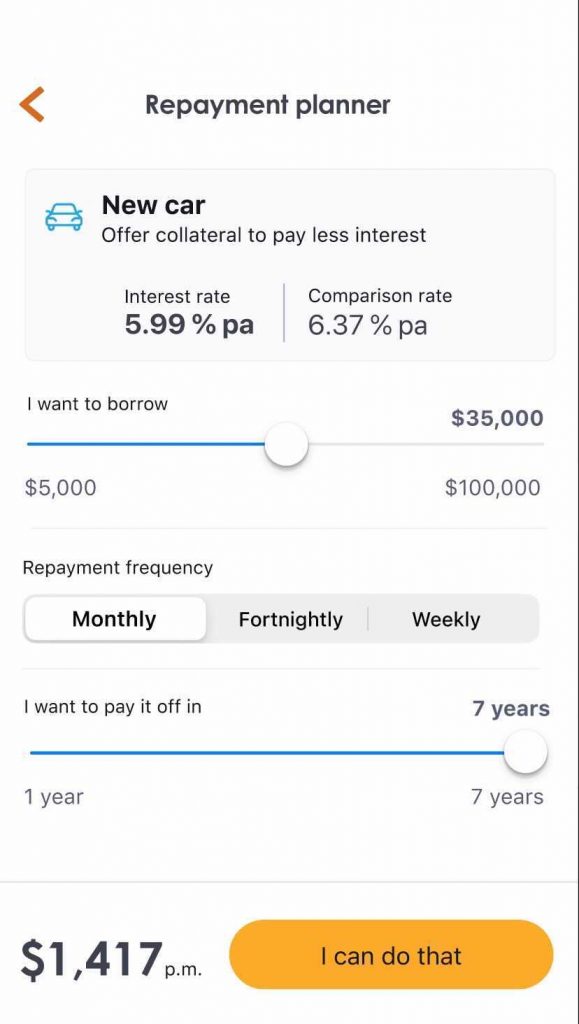 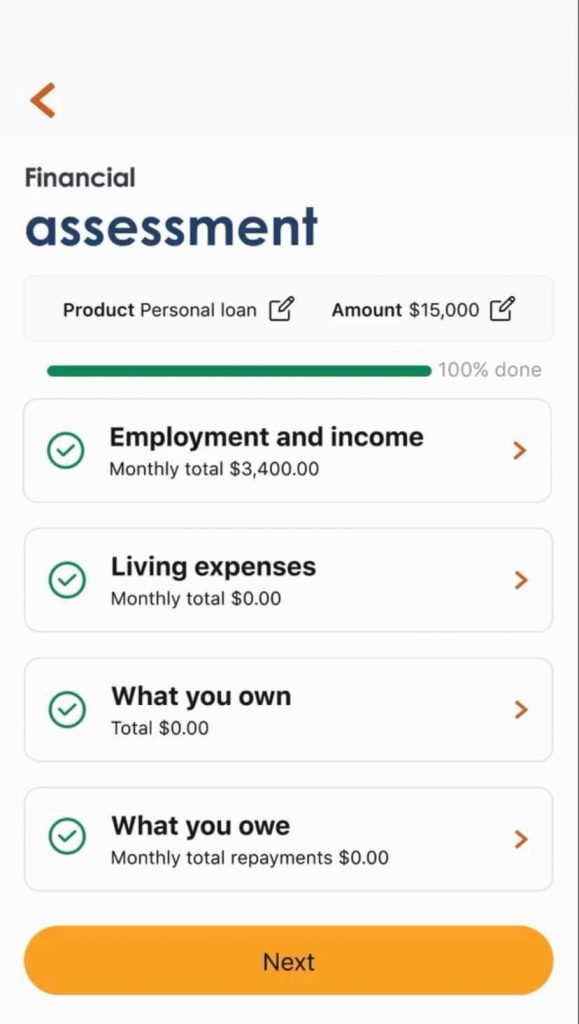 Using previous research and current knowledge of the market to conceptualise potential functionality and test as part of the user testing prototype. A de-brief was organised with the research team to go through each screen and process within the prototype and make details notes on what worked, what needs improvement and other general feedback from users.

Iterations to create MVP solutions for lending product applications that align with both business requirements and user experience/research findings was created in collaboration with the Product Manager and Lead Developer. The end-to-end experience has now be built and will be released to users on migration date.